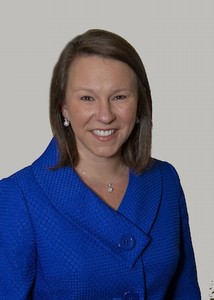 Please join us for a luncheon meeting with newly elected US Representative Martha Roby.  We look forward to an interesting discussion from a lawmaker's perspective on estate tax legislation.

In November 2010, the people of Alabama’s Second Congressional District elected Martha Roby to serve in the U.S. House of Representatives, where she now sits on the prestigious House Armed Services Committee and the House Committee on Agriculture.

Prior to her swearing in, Republican leaders selected Roby as one of only four freshman members to serve on the GOP Transition Team, a 22-member panel tasked with reforming House rules to provide greater efficiency, transparency, and accountability in the 112th Congress.

Roby obtained a Bachelor of Music degree from New York University in 1998 and her law degree from Cumberland School of Law at Samford University in 2001. Prior to her entry into public service, she practiced law at Copeland, Franco, Screws & Gill, P.A. and remains a member in good standing with the Alabama and Mississippi bar associations.